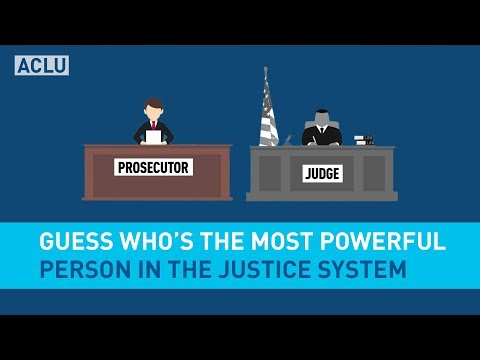 The Power of Prosecutors

Elected prosecutors in Vermont are called State’s Attorneys, and they have enormous power over the lives of Vermonters entangled in the criminal justice system. They choose who gets charged and who is free to go, who gets treatment, and who goes to jail. They choose whether to seek the maximum or minimum sentence. They choose whether or not to prosecute police officers and government officials for misconduct.

The State’s Attorney is also an elected official, which means they are ultimately accountable to the voters. Given the enormous power prosecutors wield in Vermont’s criminal justice system, it is critical that voters know who their state’s attorney is and what decisions that person is making in their name.

Why is a State’s Attorney Powerful?

Day-to-day, State’s Attorneys make decisions that shape the lives of their fellow Vermonters forever. They decide whether or not to file criminal charges, and how many charges to file. In Vermont, 98% of criminal cases are resolved by a plea deal, which is a bargain written by the State’s Attorney, who decides what conditions – prison time, fines, community service, rehabilitation programs – they will offer in exchange for a guilty plea.

At the same time, State’s Attorneys do not currently release data on the decisions they make and who is impacted, making it harder to evaluate their crucial role in the criminal justice system.

State’s Attorneys also play a powerful role in the Vermont legislature. They, along with county sheriffs, are represented by a lobbying group that often testifies in support or opposition of criminal justice reform measures, and their voices carry considerable weight.

Who is my State’s Attorney?

How do I vote in a State’s Attorney Election?

How do we hold State’s Attorneys accountable?

Currently, the United States is the world’s leader in incarceration, with 2.3 million people in our prisons and jails, and ACLU polling has revealed that the overwhelming majority of Americans find that to be unacceptable.

These attitudes are starting to influence prosecutor elections nationwide. Additional polling has shown that 89% of voters say it is very important for prosecutors to actively work towards ending mass incarceration with alternatives to prison and 91% believe it is important for a prosecutor to prioritize reducing unequal treatment of individuals because of race.

The same trends hold true here in Vermont.  A May 2018 poll of Vermont voters found broad support for criminal justice reform in Vermont, with two out of three saying it was important to reduce the number of Vermonters in prison. In addition:

As we learn more about the role of prosecutors in the criminal justice system, we are better equipped to speak up and demand outcomes that are consistent with our values and the needs of our communities.