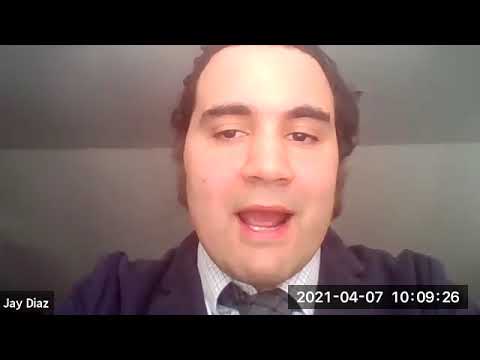 MONTEPLIER, Vt. – Cassandra Keating and Joel Fowler today filed a complaint with the Vermont Human Rights Commission (HRC) against the Bennington Select Board for unlawfully retaliating against the couple after they submitted verbal and written complaints to the Bennington Police Department about their numerous experiences of racially-motivated policing.

The Select Board retaliated against Keating and Fowler by publicly revealing and publishing their identities and status as complainants, along with other detailed personal information. The couple’s HRC complaint alleges that in doing so, the Bennington Select Board violated Vermont law, which prohibits public disclosure of complainants’ identifying information and retaliating against those who submit complaints of discrimination.

ACLU of Vermont Senior Staff Attorney Jay Diaz: “The retaliatory publication of personal information by the Bennington Select Board violated Vermont law and subjected Cassandra and Joel to unwanted and potentially dangerous public attention. The Select Board’s actions seem intended to discourage our clients and other people of color from filing complaints against the Bennington Police Department, despite its long and well-documented history of discrimination. This case is yet another example of the systemic racism that Black Vermonters continue to face in Bennington and other Vermont towns. It has to stop.”

The ACLU of Vermont, Rutland Area Branch NAACP, and other groups have long objected to racial discrimination in Bennington government and its police department. In 2016, the ACLU sued Bennington for systemic racial profiling, resulting in a settlement. In 2019, following public outcry over Bennington’s response to racial harassment of then-state representative Kiah Morris, Bennington commissioned a review of its police department by the International Association of Chiefs of Police (IACP). The resulting report described a police department with a “warrior mentality,” out of step with best practices, and distrusted by a large segment of the Bennington community. Twenty percent of town residents surveyed by IACP reported feeling discriminated against by Bennington police, and fear of retaliation for seeking police assistance or submitting complaints was widespread. The IACP provided detailed recommendations to change police practices and culture, but nearly one year after the report was published Bennington has done little to implement them.

Rutland Area Branch NAACP President Mia Schultz: “This is yet another example of Bennington’s history of discrimination and overpolicing of the town’s Black residents. The people of Bennington need and deserve a fair process for the review of police complaints, one that protects their privacy and does not discourage others from coming forward. This case is also another example of Black people being driven out of their communities due to racist harassment, retaliation, and a lack of support. Vermonters and their government have a responsibility to take action to stop these stories from repeating.”

Keating and Fowler, represented by the ACLU, are asking the Vermont Human Rights Commission to investigate the Bennington Select Board to determine (1) whether it violated Vermont anti-discrimination law, and (2) whether the Select Board’s policy of publishing the identities and other personal information of individuals who submit formal complaints against the Bennington Police Department is discriminatory and unlawful.

In addition, the ACLU and Rutland Area Branch NAACP are calling on the Town of Bennington to immediately change its policy to ensure future complainants’ identities and personal information are kept confidential from the police officers in question, anyone not involved in the internal affairs investigation, and the general public.

The ACLU and Rutland Area Branch NAACP are also calling for Bennington to overhaul its police department and implement the IACP’s key recommendations – issued almost one year ago – which include: creating an accessible system to file citizen complaints; improving how BPD tracks and analyzes data; and ensuring diverse representation on the police advisory committee and civilian oversight boards, among other recommendations.

Bennington community members, supported by the ACLU, have also called for an independent citizen board with subpoena power to provide meaningful oversight over the Bennington Police Department.

The HRC complaint and more information about the case is available here.