Vermont's first-in-the-nation statewide Taser training and use bill was signed into law Tuesday by Gov. Peter Shumlin. The law, had it been in effect in 2012, would have prevented the police Taser death of her son, Macadam Mason, said Mason's mother, Rhonda Taylor at the Statehouse signing. She praised legislators, Gov. Shumlin and his administration, law enforcement, and civil rights and mental health advocates for getting the at-times contentious bill over the finish line. 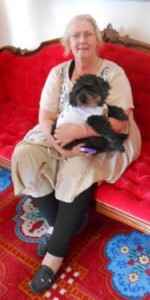 The provisions of the law went into effect immediately. They include:

The lead legislative sponsors of the bill, Reps. Jim Masland Anne Donahue, were both present at the signing. Donahue noted the bill had the support of 30 House members from across all parties, as well as independents. Masland, the representative from the district in which Mason lived, echoed Taylor’s remarks that Mason would be alive today had the new law been in effect.

Mason, 39 at the time of his death, was a distressed individual who suffered from epilepsy. He was recovering from a seizure when the 2012 incident occurred.

Mason had called Dartmouth Hitchcock Medical Center for help, saying he felt he was going to harm himself or others. Vermont State Police officers responded, but no EMTs or mental health personnel. The family told police Mason had had difficulties before after a seizure, but that he was OK and they could take care of him.

Police left, but then inexplicably returned a short time later. Seeing police, Mason ran off in the woods around the house. Police pursued him, found him, and ordered him to lie down on the ground. When he didn’t immediately comply, one of the troopers pulled out a Taser and shot him. Mason immediately went into cardiac arrest and was pronounced dead after arrival at Dartmouth Hitchcock Hospital in Lebanon, N.H. The autopsy by the medical examiner identified the electrical charge from the Taser as the reason for Mason’s fatal heart failure.

The trooper’s actions were investigated by the Vermont Attorney General’s Office, but nothing criminal was found. Advocates, incensed that the state was taking no responsibility for making sure a similar incident didn’t happen again, got behind Donahue and Masland’s bill, introduced in February 2013.

Bu the bill languished. Then the Attorney General’s Office tried to kick-start a review of the various Taser policies in place at departments around the state. The work eventually landed before the state’s law enforcement coordinating body, the Law Enforcement Advisory Board. The LEAB then drafted a policy that was an amalgam of existing Taser policies – guaranteed, advocates pointed out, to produce the same results as those in the Mason case and other “lawful but awful” Taser incidents.

The House then, in January 2014, finally took up the Donahue-Masland bill (H. 225). The original bill was watered down during committee discussions, but strengthened again in the Senate. The law signed today reflects the Senate version.

Running on a separate track from the legislation has been Taser International’s interest in the Macadam Mason case, and litigation filed over the fatal police shooting.

During the investigation following the shooting, Taser International contacted officials and suggested the weapon’s electrical discharge may not have caused Mason’s death. The company recommended officials consult with the University of Miami Brain Endowment Bank – a “cutting edge research center that can determine drug abuse and look for excited delirium markers.”

Taser International often cites “excited delirium” as a possible cause of injury or death in cases involving its stun gun. The condition is not recognized as a medical or psychiatric diagnosis by established professional organizations such as the American Medical Association.

Taser International has assiduously fought all lawsuits alleging that use of the stun gun can result in death. In November 2013, however, the U.S. Fourth Circuit Court of Appeals upheld a lower court determination that a Taser did cause the death (through cardiac arrest) of a 17-year-old North Carolina supermarket worker.

One lawsuit has already been filed and settled in the wake of Mason’s death. A second is anticipated.

The settled suit was brought by Mason’s companion against the state on a claim of emotional distress. The state settled that suit out of court for $30,000.