A state official has outlined the rationale for Big Brother-like collection of information about Vermonters: If we're charged with a crime, we should have access to information that can prove our innocence. Government, in other words, should focus on data collection that might prove who HASN'T committed a crime rather than show who HAS committed a crime. 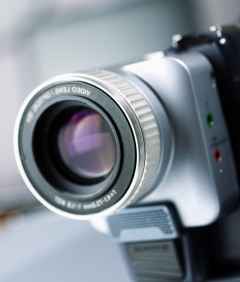 That’s a reversal of American government’s centuries-old responsibility in criminal cases to show who, beyond a reasonable doubt, has committed a crime. The rest of us are presumed to be innocent. The burden is not on us to prove our innocence, but on the government to prove our guilt.

The thinking of the state’s defender general, though, turns that around.

The defender general, who is appointed by the governor to represent those charged with crimes but unable to afford a lawyer, told the Senate Judiciary Committee last week that he thinks geo-location data collected through the state’s Automated License Plate Reader (ALPR) system should be kept much longer than proposed in a bill under study – perhaps even indefinitely.

It’s a sweeping assertion. It’s like saying that the National Security Agency (NSA) should record and keep copies of all of our phone calls so that, down the road, if we’re charged with a crime, we might have evidence we didn’t commit it.

The presumption of innocence – a hallmark of American, and before it English, jurisprudence – is out the window.

The remarks by Matthew Valerio, the state’s defender general, shocked members of the Senate Judiciary Committee – but shocked them in a way that seemed to relieve most of them. The members had been arguing over whether data collected by ALPRs should be retained 24 hours – as proposed by the ACLU – or 18 months (as in current law). They had, until Valerio’s testimony, been focusing on a compromise of 90 days.

Valerio’s comments, however, had the immediate effect of committee members’ moving the dial back to the current 18 months and thinking that maybe the final bill they’ll propose in January should extend retention even longer.

The basis in jurisprudence for the defender general’s pitch centers on what’s called “exculpatory evidence,” meaning evidence that points to the innocence of someone charged with committing a crime. The U.S. Supreme Court said in a 1963 decision, Brady v. Maryland, that criminal defendants are entitled to view before trial any evidence the government has against them – as well as any evidence that might cast doubt on their guilt.

Enter ALPRs. The readers capture photographic images of license plates that cameras mounted on police cruisers or poles or overpasses take of a car whizzing down the road – or sitting in a parking lot or outside someone’s home. The cameras are high-tech vacuum cleaners, able to scoop up images of 1,800 plates an hour. Over an officer’s eight-hour shift, that’s 14,400 “reads.” These “reads” are fed daily into a state database at the Department of Public Safety, and then to a database at the state’s “Fusion Center,” now called the “Vermont Intelligence Center.”

A click of a computer mouse on a specific plate number can show the “reads” of where a car with that plate was at a given time on a given date. The Vermont Intelligence Center ALPR database is robust. More than 6 million plate “reads” have been added to database just since January. If the retention period is maintained at 18 months, the “reads” for an 18-month period could total up to 12.5 million. Currently, 42 police departments are operating 67 cameras around the state to feed “reads” into the state’s centralized database.

Responding positively to Valerio’s ideas was Judiciary Committee member Sen. Joe Benning, who noted that his legal firm has a contract with Valerio’s office to provide legal services to indigent defendants. He found the idea of a big data system like ALPRs possibly proving someone’s innocence attractive.

The enthusiasm for exoneration is commendable. But ALPRs are not like DNA. They’re not tied to a person, but to a motor vehicle. An ALPR “read” is evidence that a car registered to a certain person or persons was in a certain place at a certain date and time. It’s not proof that the registered owner or owners was or were there; other evidence must be provided to show the whereabouts of the specified registered owner(s) – such as testimony from another person, or an appointment with a doctor.

Moreover, unlike ALPR data, DNA evidence at a crime scene is linked to a crime. ALPR “reads” are not, unless a “hit” on a “hotlist” of suspects immediately identifies a car registered to someone with a suspended license or wanted on an outstanding warrant.

Vermont police have, from the early days of building the state’s ALPR system, sought to collect as much data as possible and to hold on to it for as long as possible. They originally planned to keep it forever but realized a skeptical public wouldn’t accept that. They settled on a retention period of four years.

When legislators realized the surveillance capabilities of the system, they insisted on no more than 18 months’ retention. A system of “preservation requests” was created so law enforcement can go to a judge and ask that specific data be kept longer if it can be shown useful for an ongoing criminal investigation. Legislators also required a review of the system after two years to see how it was working.

The defender general, in his testimony, had one clear message. The system is working pretty well as a surveillance system, and he wants access to as much data as exists and might be collected in the future.

The ACLU agrees that defense lawyers should have the same access to ALPR data as prosecutors. But retaining data for long periods of time exacts a high trade-off from our privacy. ALPRs constitute one of the fastest growing surveillance networks in the country. Some private ALPR companies hold more than 2.5 billion “reads” in their systems and collect an additional 2.7 million “reads” every day.

A society in which government holds information that citizens must rely on to prove their innocence is what George Orwell had in mind in his dystopian novel, “1984,” when he introduced the world to “Big Brother” surveillance.

The Senate Judiciary Committee should limit ALPRs to their intended use – to identify and catch drivers wanted for violations and outstanding warrants. If “reads” don’t come up with “hits,” the “reads” should be destroyed within 24 hours unless a preservation order is sought.

ALPRs were one of four surveillance issues taken up by the Senate Judiciary Committee during testimony in special hearings held earlier this month. We’ll report on the three other areas in further blog posts this week.