The Shootings Must Stop

Vermont has, unfortunately, seen another fatal police shooting of an individual facing mental health issues. The death Monday, March 21 in Burlington of 76-year-old Ralph 'Phil' Grenon from multiple gunshots fired by a city police officer raised yet again the question of why, when police are called to help someone in emotional or mental distress, the result is death. 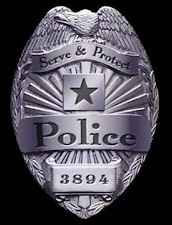 The Grenon shooting prompts the same question that arose in 2013 when Burlington police killed 49-year-old Wayne Brunette outside his home. Someone calls for help, the police arrive, and the person who is to be helped is instead shot dead. Why?

In the Brunette case, the victim was dead within two minutes of police arriving on the scene. In the Grenon case, the ordeal stretched over five hours.

Those five hours were apparently just too long for police.

“Someone who is irrational … you can’t just wait them out to become rational, and it’s a balance. The longer you wait, the longer the risk they may harm themselves,” del Pozo told reporters at a press conference.

So, in a decision that unfortunately echoes the horrors of the Vietnam War, police had to burn the village to save it – they had to shoot Grenon, multiple times, in an effort to help him.

The Brunette shooting followed by 18 months another police shooting that resulted in the death of a Thetford man, Macadam Mason. In that case there was also a call for help. State police cornered Mason, and when he didn’t obey a command to lie on the ground (he was squatting), he was shot in the chest with a Taser. The Taser’s electrical charge stopped Mason’s heart, and he died.

As with the Brunette and Mason cases, there will be investigations in the Grenon shooting. The manner of death will likely be classified as “homicide” by the medical examiner, which -- in the Mason case, a Vermont state police press release coldly explained -- is “a medical classification rather than a legal definition.”

Other police will investigate the actions Burlington police took against Grenon. If past experience is any indication, the shooting will be deemed justified. The Attorney General’s Office will review the case as well. Again, based on past experience, it will likely reach the same conclusion that the shooting was justified.

In other professions, a death resulting from a professional’s actions would be reviewed by the licensing agency that regularly examines the actions of those practicing within the profession. But not in Vermont law enforcement. Law enforcement is not among the 46 professions licensed in Vermont. Doctors, lawyers, teachers, plumbers, beauticians, and tattoo artists, yes. But police, no.

Police departments in major cities, when shootings of innocent victims such as Mason, Brunette, and Grenon occur, term these incidents “lawful but awful.”

What’s different about what’s been happening in Vermont, though, is the lack of any acknowledgment that “awful” means that such shootings need to stop, that society has to do better in how it deals with some of its most vulnerable and marginalized members.

Law enforcement agencies in other states are grappling with this, as evidenced in the report An Integrated Approach to De-Escalation and Minimizing Use of Force published in August 2012 by the Police Executive Research Forum.

There was silence on the part of Vermont public officials following Macadam Mason’s death in 2012 and Wayne Brunette’s death in 2013. The Vermont legislature passed a Taser regulation bill in 2014, but the real work that needed to be done – review of police protocols around use of deadly force – was, and has continued to be, left untouched.

It is no longer acceptable for Vermont police to trade a retreat, a scuffle, or a long wait for a death. If a police officer would rather shoot someone dead than duck a swinging shovel, or Taser a reclusive person rather than talk with him, or fire multiple shots point-blank at a senior citizen rather than retreat from his apartment, then Vermont has reached an unacceptable level of brutality and unaccountability in dealing with its citizens.

Maybe -- if there were independent investigations that led to conclusions that officers need to exhaust every possible remedy before shooting innocent victims – there’d be pressure for police agencies to develop more thoughtful use-of-force policies. Or for the legislature to mandate a single, informed policy.

Sadly, the officers who pull the triggers that cause others to die become victims themselves -- of our inability as a state to give better direction on use of deadly force.