Is This Possible? Black Arrest Rates Higher In Burlington Than Ferguson?

Most of us have probably been thinking a lot about Ferguson, Missouri, this week. On Monday a grand jury there declined to recommend charges against the white Ferguson police officer, Darren Wilson, who shot and killed a young black man, Michael Brown, in August. The events may seem distant, but here's a sobering fact that may make them seem a bit more immediate. Police in Burlington, VT, arrest African-Americans at a higher rate than police in Ferguson. 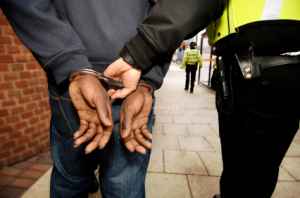 That’s the sort of statistic that makes you turn your head and say to yourself, “What?!” But according to FBI statistics provided through a USA TODAY story published last Thursday in the Burlington Free Press, there are “nearly 1,600 places” in the U.S. “where the disparity in arrest rates is more pronounced than in Ferguson, Mo.”

Burlington is one of them.

This is a narrow statistic, but it’s one more indication of profiling in Vermont -- and in an area of the state where (based on past studies of racial disparities) one is certainly likely to expect less, not more, profiling than in Ferguson.

The question -- asked by someone in the USA TODAY article -- of “What’s going on here?” deserves an answer, even if the statistic is criticized as “unrepresentative” or “misleading."

We dismiss these questions at our peril. Something’s up. We need to understand what it is -- and what’s causing it, and how we can fix it.