Disgrace But Not Decertification

Within the last two weeks, two Vermont State Police troopers have resigned in disgrace -- one after driving on the job allegedly inebriated, another after posting derogatory comments and images on social media sites. Yet neither appears at risk of losing the certification that allows them to be Vermont law enforcement officers. Intemperance and bias don't, under current rules, count as grounds to disqualify someone from being a cop. That could have changed this legislative session -- but complaints from law enforcement blocked the effort. 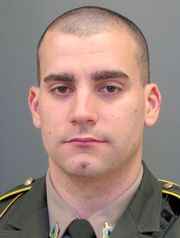 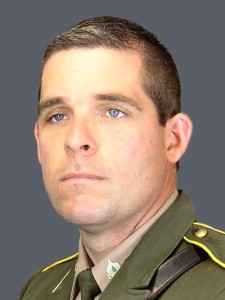 The complaints came March 31 just as the Senate Government Operations Committee was about to extend the grounds for officer decertification in Vermont. Concerns about due process had been raised. Following the complaints, the committee chair, Sen. Jeanette White, announced she was removing from an omnibus police bill (S. 124) language that would have given the Vermont Criminal Justice Training Council expanded authority to take away an officer’s certification.

Currently, officers can only be decertified for four reasons:

The bill would have broadened the grounds for decertification to include five more reasons:

Vermont doesn’t license police (as is done for nearly 50 other professions, from lawyers and doctors to hair dressers and tattoo artists). The certification process is the only option for ensuring police professionalism. Officers gain certification upon successful completion of a training course at the Vermont Police Academy.

The troopers’ union and other officers have a legitimate interest in making sure they’re treated fairly. Indeed, there’s a public interest in due process and equal treatment for all law enforcement employees.

Yet those interests can’t be used as a block to the broader public interest of ensuring highly qualified officers serve in our law enforcement agencies.

Most Vermont officers would easily make the grade of highly qualified. But if only a few act outside the bounds of professionalism, a negative impression of all officers is created. It’s an unfair, undeserved black eye that weakens public trust in police.

Senate Government Operations Chair White said the committee would take up decertification in a separate bill; more study is needed. So far that hasn’t happened and likely won’t, given how little time is left in the legislative session.

But there’s next year. Hopefully, the committee will take on the issue then. Expanded decertification would go a long way towards greater police professionalism and accountability -- a benefit for both police and the public.