The Drug Enforcement Administration has initiated a massive national license plate reader program with major civil liberties concerns but disclosed very few details, according to new DEA documents obtained by the ACLU through the Freedom of Information Act. The DEA is currently operating a National License Plate Recognition initiative that connects DEA license plate readers with those of other law enforcement agencies around the country. 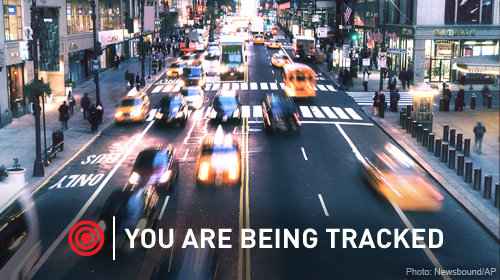 This blog post was written by Bennett Stein and Jay Stanley of the ACLU Speech, Privacy & Technology Project. Vermont has an extensive statewide system of ALPR cameras in use, with data retained by the state. It's unclear if that stored data is being shared with the DEA or other federal agencies.

A Washington Post headline proclaimed in February 2014 that the Department of Homeland Security had cancelled its “national license-plate tracking plan,” but all that was ended was one Immigrations and Customs Enforcement solicitation for proposals. In fact, a government-run national license plate tracking program already exists, housed within the DEA. (That’s in addition to the corporate license plate tracking database run by Vigilant Solutions, holding billions of records about our movements.) Since its inception in 2008, the DEA has provided limited information to the public on the program’s goals, capabilities and policies. Information has trickled out over the years, in testimony here or there. But far too little is still known about this program.

In 2012, the ACLU filed public records requests in 38 states and Washington, D.C. seeking information about the use of automatic license plate readers. Our July 2013 report, You Are Being Tracked, summarized our findings with regard to state and local law enforcement agencies, finding that the technology was being rapidly adopted, all too often with little attention paid to the privacy risks of this powerful technology. But in addition to filing public records requests with state agencies, the ACLU also filed FOIA requests with federal agencies, including the DEA.

The new DEA records that we received are heavily redacted and incomplete, but they provide the most complete documentation of the DEA’s database to date. For example, the DEA has previously testified that its license plate reader program began at the southwest border crossings, and that the agency planned to gradually increase its reach; we now know more about to where it has grown. The DEA had previously suggested that “other sources” would be able to feed data into the database; we now know about some of the types of agencies collaborating with the DEA.

The documents uncovered by our FOIA request provide additional details, but their usefulness is limited by the DEA’s decision to provide only documents that are undated or years old. If the DEA’s collection of location information is as extensive as the agency has suggested in its limited comments to legislatures, the public deserves a more complete and comprehensive explanation than the smattering of records we have obtained can provide.

These records do, however, offer documentation that this program is a major DEA initiative that has the potential to track our movements around the country. With its jurisdiction and its finances, the federal government is uniquely positioned to create a centralized repository of all drivers’ movements across the country — and the DEA seems to be moving toward doing just that. If license plate readers continue to proliferate without restriction and the DEA holds license plate reader data for extended periods of time, the agency will soon possess a detailed and invasive depiction of our lives (particularly if combined with other data about individuals collected by the government, such as the DEA’s recently revealed bulk phone records program, or cell phone information gleaned from U.S. Marshals Service’s cell site simulator-equipped aircraft ). Data-mining the information, an unproven law enforcement technique that the DEA has begun to use here, only exacerbates these concerns, potentially tagging people as criminals without due process.

Some major findings from the documents

The National License Plate Recognition Initiative includes a massive database containing data from both DEA-owned automatic license plate readers and other readers. Among the findings from the FOIA documents:

The DEA’s license plate reader programs raise serious civil liberties concerns, and the agency should be open about what it is doing so that those activities can be subject to public debate. Among other questions, the agency should answer these:

As is the case with most police and federal law enforcement spy technologies, license plate tracking programs have flown under the radar of courts and legislators for far too long, silently collecting records about ordinary Americans in the cover of secrecy. When programs are secret, we have no way of challenging them or ensuring they conform with our values and the law. Before accountability comes transparency. Over the coming weeks, we will continue to release records documenting the federal government’s significant investment in automatic license plate readers and its unregulated and largely unseen location tracking programs.

Here are the documents discussed in this piece (we also link to them above):