Significant strides were made this year in the legislature around a number of civil liberties issues. Check out our quick rundown of the high points (as well as some disappointments). Details for each bill can be found on our full legislative report. 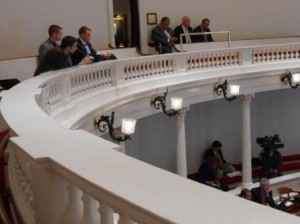 The final days of any legislative session are sometimes just a lot of waiting.

As usual, there were disappointments:

This Election Season, Vote Your Values