Here are 5 reasons the ACLU is calling on the Vermont Legislature to mandate data reporting on racial disparities in Vermont’s criminal legal system.

Right now, most of what we know about how systemic racism shows up in our criminal legal system here in Vermont was just listed above. Why? Data.

Vermont’s ability to address systemic racism in our state is only as good as the information, or data, it has to identify how and where racial disparities show up throughout the system.

Our criminal legal system does not collect, aggregate, or report adequate data. That includes data related to prosecutorial decision making, admissions to incarceration, full charge and sentence offense breakdowns for the incarcerated population, use of sentencing enhancement policies, length of stay in correctional facilities over time, and decisions about probation, parole, and furlough.

When it comes to identifying racial disparities in our criminal legal system, it’s like we are trying to put together a puzzle with half the pieces missing – we simply cannot see the whole picture. 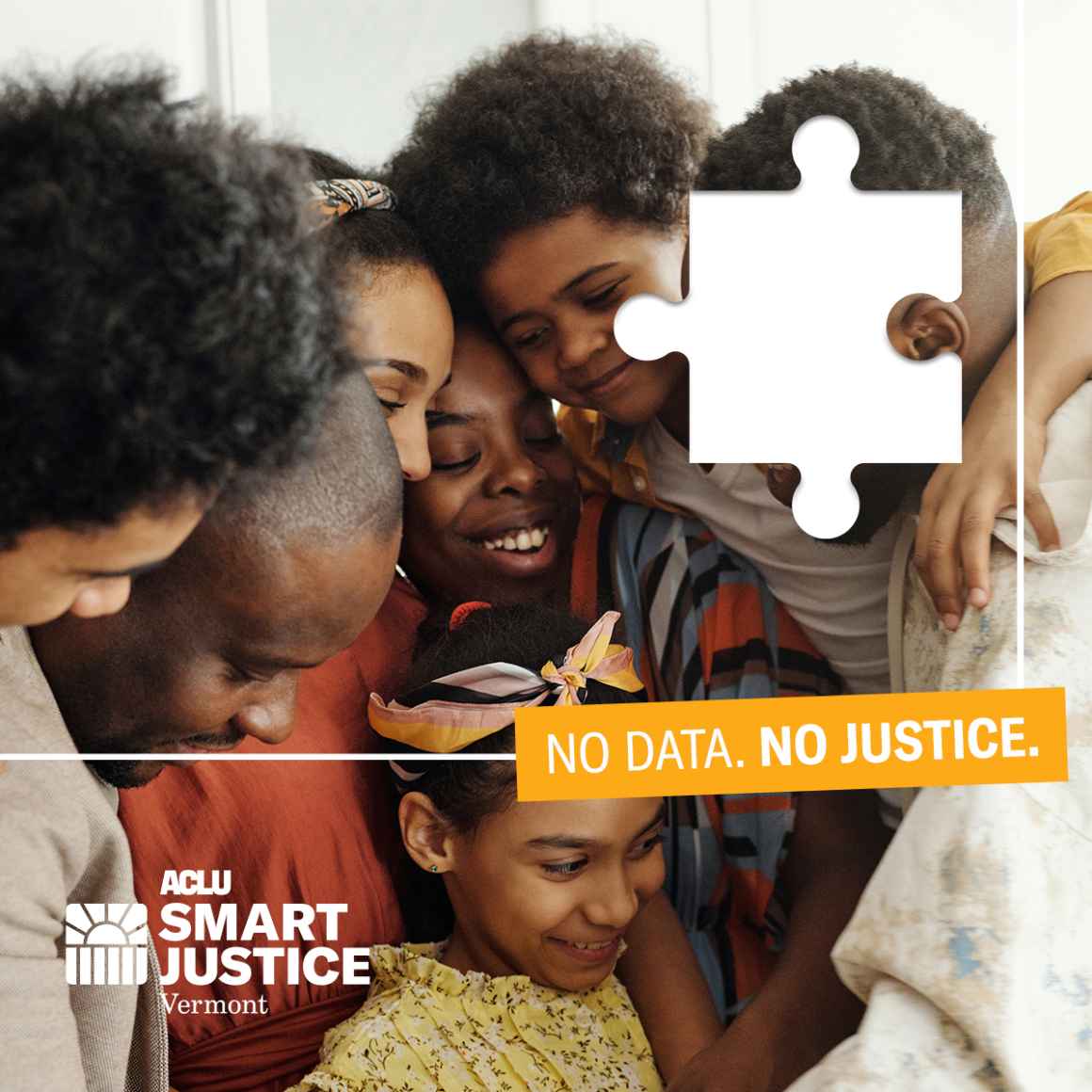 This lack of publicly available data prevents informed policymaking and masks racial and geographic disparities in Vermont's criminal legal system. If we are committed to addressing those disparities, Vermont’s decisionmakers need a better and more consistent picture of the system as a whole, and the legislature must mandate and fund system-wide, consistent, and comprehensive data collection and reporting.

In short, having data available from the Department of Corrections, courts, prosecutors, and police in an accessible format will help better identify and remedy the causes of racial disparity that plague Vermont’s criminal legal system.

That’s why we are calling on the Legislature to mandate and fund data reporting on racial disparities system wide in a platform and format that is easily accessible, thorough, and easy to read.

Join us in calling on our elected leaders to mandate and fund data reporting so that we can ensure all our communities are strong, equitable, and inclusive.