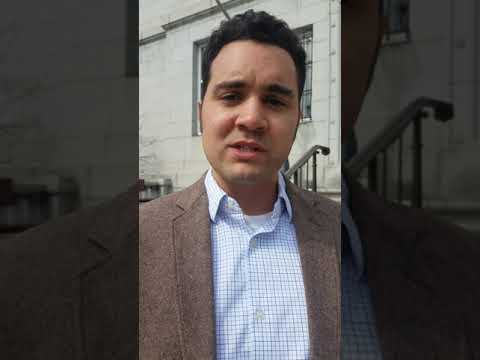 ACLU of Vermont sought the release of Burlington police bodycam footage, among other records. The case was filed on behalf of ACLU client, Reed Doyle, whose request to inspect available records from a police use-of-force incident was denied.

At issue was whether government agencies may charge record requestors for inspection of public records, including police bodycam footage. The ACLU argued imposing inspection fees would run counter to Vermont state law and undermine principles of government transparency and accountability.  The ACLU of Vermont, along with cooperating attorney Anthony Iarrapino, filed a public records lawsuit on behalf of Reed Doyle against the Burlington Police Department for failure to produce bodycam footage of an alleged use-of-force incident.

In June of 2017, Reed Doyle was walking his dog near Roosevelt Park in Burlington when he noticed police officers engaged in heated discussion with a group of children. One of the children had been arrested.

According to Mr. Doyle's account, an officer threatened to pepper spray the group if they did not reatreat. As on of the children walked backward with his hands up, an officer pushed him forcefully with both arms. The boy, believed to be between 11 and 13 years of age, protested the use of force. The officers huddled for discussion, and then arrested the boy.

Mr. Doyle contacted the ACLU of Vermont, which filed an appeal on his behalf. The Department conceded that Mr. Doyle had the right to inspect the footage, but only after it had been heavily redacted. The Department stated that it would charge Mr. Doyle several hundred dollars for the redactions, including $220.50 in advance to begin work. Since government agencies are not permitted to charge for inspection of a public record, and since the redactions in this case are unecessary due to Mr. Doyle being a first-hand witness to the incidents recorded, this demand was a further violation of the Public Records Act.

Mr. Doyle filed suit in Washington Superior Court seeking a court order requiring Burlington to make the video available without charge. In August, Judge Mary Miles Teachout denied Mr. Doyle’s claim, ruling that “[t]here is no overarching distinction in the PRA between seeking a copy of a record and seeking to inspect a record.”

The decision was at odds with a 2011 decision by then-Washington Superior Court Judge Geoffrey Crawford, who wrote that “[t]he legislature was not conflating the concepts of’ ‘copy’ and ‘inspection’” in its 1996 Public Records Act amendments,” and that “the statute provides no authority for an agency to impose a charge for inspection of documents...The Act always has permitted the free inspection of public records.”

The ACLU appealed the case to the Vermont Supreme Court. The court heard oral arguments on April 17th, 2019.

On September 13th, 2019, the Vermont Supreme Court ruled in favor of ACLU of Vermont client Reed Doyle in a 3-2 decision. Furthermore, the City agreed to pay the ACLU of Vermont $65,000 in attorney fees.